Below are some amazing new projects
and products available for pre-order. 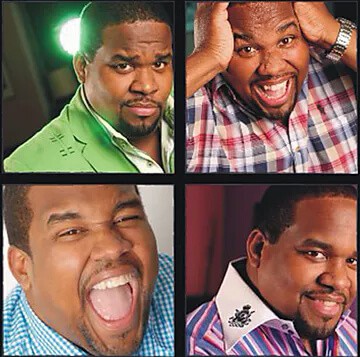 Born and raised in Philadelphia Buddy Love burst onto the comedy scene in 1996 and has not stopped since. As a versatile comedian his stand-up has fascinated all ages of audience members up and down the east coast, all the way from Philadelphia's Laff House to the church house and everything in between. His routine is as varied and vast as his personality, including everything from relationships to surviving in this economy. If that's not enough, his uncanny impersonations are a sure crowd pleaser.

Dont box him in, Buddy Love's comedy is more than cultural, it's universal! Having performed at world renowned venues such as NYC's Carolines on Broadway, Atlanta's Punchline, Philadelphia's Helium, Buddy Love is guaranteed to bring the funny.

This special comedy presentation was filmed LIVE, October 28th, 2016 at "Church-In' Live from the A-ville" in Amityville, NY.

*Organizations who support Funny&Amen for over $50/month will have access to the content without logos or "asks". If you need a video produced or customized, lets talk.