If we get caught, remember, you are deaf and I don't speak English.

3 board members walk into a bar... Oh wait, you thought this was gonna be a joke?!? 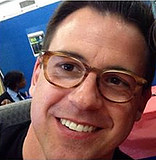 In 2010, God made it clear to Brad and Leah that they were called to relocate to Philadelphia to start a church. After a year of prayer, hard work, and more prayer, CityLife Church was officially born. Brad and Leah love living in South Philly, and are passionate about leading a church of people who will do whatever it takes to reach the ONE. They have three children, and are dedicated to creating a strong and Christ-centered family. Brad has felt a calling to start a new church in a large city since he was in middle school, and he has been a pastor for thirteen years. He is an experienced church planter and has a passion for building up teams and leaders to reach out to the ONE. He is excited to see ordinary people who may not come from religious backgrounds experience God in personal and transformational ways. 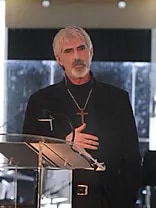 God pulled a really funny one on Steve - He called him a to be pastor at age 49 after working as a school counselor for 25 years! Steve has a Masters Degree in Child Development and has always believed strongly in the importance of strong families, AND the importance of laughter in building strong and healthy relationships. Praise Tabernacle, the church where Steve is pastor, has produced several indie films and he knows the value of contemporary media in reaching the world with the truth in all of its serious and humorous forms. Steve has been privileged to provide input on the script development of "Where's The Halo?" 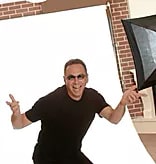 Jess has been shooting and directing films all over the world since he started his first creative agency while still in college at Temple University in Philadelphia. Jess came to faith through an experience after being “taken” by the KGB while shooting a documentary in communist Russia in 1989. “What does God have to do to get your attention?” asks Jess passionately. “The experience literally changed my life!” Now with eight Emmys Awards to his credit, Jess leads a wide variety of film and media efforts, telling uplifting stories in a creative, purposeful way. Jess has produced and directed many faith-based projects that have reached over 128 million viewers worldwide. His producer/director credits include many well known projects such as the uplifting NFL Super Bowl program Faith, Family and Football with Tony Dungy and Sold Out on Super Sunday with Roman Gabriel III, America’s Soul Live, a singer/songwriter music show on PBS, and numerous Emmy Award winning documentaries that have aired on the Discovery Channel, A&E, MTV, NBC, and many networks! Jess served as the Executive Producer for Seven Days in Utopia,the inspirational major motion picture featuring Academy Award winners Robert Duvall and Melissa Leo. Jess also served as one of the exclusive advisors on The Bible mini series by Mark Burnett and Roma Downey to help promote this unique series playing on the History Channel in March 2013, and then on the Son of God movie as well.

We play the fool so others can laugh at us and the true Hero can be easily seen. These guys are funny... but looks aren't everything. 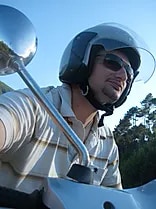 When he was 7, Kevin Hackenberg decided to follow Jesus. (His grandmother told him about Hell, and put him on the spot to make a decision!) In 1995, Kevin started working in the film and TV industry; He’s got a credit on the Sixth Sense and a few other films. Around 2001, Kevin started his production company, Get-Kinetic and in 2003, Kevin directed his first narrative film... it was a comedy. The audience laughed and the 30 people that helped make it had a GREAT time! In 2011, Kevin Hackenberg had a significant spiritual experience. In business, Kevin’s non-Christian friends call this a “come-to-Jesus moment”. Kevin’s “come-to-Jesus moment” was an actual come-to-Jesus moment. Kevin was born-again...again. He laughed, he cried, and he got rid of his cat. Now, Kevin has a story to tell about being born again... again. The script for the hilarious feature film “Where’s the Halo?” is a comedic retelling of Kevin’s story. All the names, locations, props, and vfx have been changed... and we added an angel. Until Where's the Halo? is in production Kevin has given up his addiction to chocolate and Oreos. Please contibute to Funny&Amen and Where's the Halo? Kevin really wants to eat Oreos again soon. 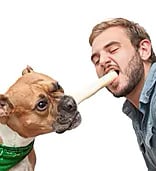 (the one with the bone in his mouth)
With experience in every part of production, Nico Giampietro is most comfortable writing at the local coffee shops, setting up the perfect shot on set, or mastering the final cut in the editing room. Nico has experience working on film, commercial, and corporate sets, as well as a number of live productions. The art of film and video is a driving force for his care and passion in working to craft the perfect end product. 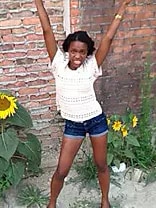 Morgan is a writer, chemist, dance enthusiast with a passion for Jesus, family and food she doesn't have to cook. In 2009, she published her first young adult fiction novel Once Upon A Happening, while attending Florida A&M University. Since obtaining her B.S in chemistry and half of a PhD in Cancer Biology, Morgan has embarked upon a new mission to write for film. She has gained PA experience fundraising, casting and copy-editing scripts for Detroit-based production companies. Now the creator of three unique faith-based comedic screenplays, Morgan is excited for this opportunity to write more quality content for Jesus. 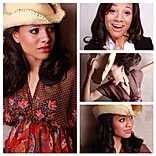 Rachel K. Fraser is a highly motivated, driven professional that fosters not only the art of this business, but the productivity— working in varied vocations of entertainment and film for over the past decade. She is a published award winning writer, a former on-air personality for ABC with the Philadelphia Eagles, and has worked on projects ranging from local PBS commercials and church productions to blockbusters under Warner Brothers Studios. Her goal for all endeavors is excellence. Through a tenacious work-ethic, her aptitude for business, and belief in a team effort, Rachel looks to identify avenues and critical relationships to continuously meet that goal.

Kenneth Mykel Smith is an actor, voice actor, and improv comedian who’s been performing locally in the Greater Philadelphia area with his improv team “The Last Minute Replacements”! Myke has been on stage in many productions, as well. He’s also made his way onto the Oxygen Network last September! Always trying to be the funny guy, you can expect some smiles if you spend enough time with him!

When it comes to comedy, He is our Hero.

Funny Story: As predicted, Jesus Christ (the Messiah) was born circa 6 B.C. in Bethlehem. Unique to his mom's bloodline, He was born into a long family history of sinners, scoundrels, prostitutes and at least one adulterous and murderous, yet heroic, artistic, and very lovable king. Before His short-lived career was interupted with an untimely crucifixion, Jesus amassed an impressive list of public accomplishments and quotable teachings, took on heckler's and hypocrites. Some of His accomplishments include: spreading merriment, keeping weddings going with wine, healing women with issues (even some men with issues), and starting a major world religion by putting the "funniest" of his followers in charge. Jesus had "haters" but he also had and still has many followers who try to follow his stand-up act. Like the fools listed below on this page, Christians believe he died for the sins of all people and believe He rose from the dead and will return again. We are looking forward to His anchore!!