Kevin Hackenberg is a producer, director & cinematographer who has been telling stories and making people laugh on 6 continents for over 20 years. 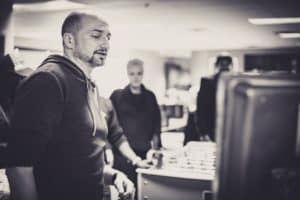 Kevin Hackenberg is a producer, director & cinematographer who has been telling stories and making people laugh on 6 continents for over 20 years. Kevin has worked with many celebrities, athletes, and media icons but is also comfortable directing real people. He is a trusted source for any size project and is known as one of the East Coasts premier DP’s for his beautiful visuals, steadicam and drone work.

Kevin started his career apprenticing under Hollywood directors like M. Night Shamalyan and Jonathan Demme on feature films such as The Sixth Sense and Beloved and in 2003, Kevin started the thriving high-end film and video production company, Get-Kinetic, in the Philadelphia and New York City markets.

Most recently Kevin founded the 501(c)3 non-profit, Funny & Amen, to produce edgy faith-based comedy films and short content. Kevin’s other hobbies include watching his famous beekeeping father on documentaries and “60 Minutes” and traveling with his wife Meg, daughter Asher, and son Jake around the world. 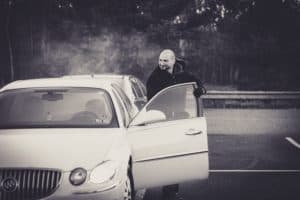 Do you need a custom quote for your project?

Feel free to contact us for more information and an estimate.